“Clients need clear, concise information provided in a timely manner. This is the level of service they deserve, and which I do my utmost to deliver.”

Celso is a Partner in the Business Law Group at Watson Goepel LLP. He advises foreign companies on investing and setting up businesses in Canada, business immigration issues, and commercial lending matters. A frequent speaker on Italian-Canadian business relations, and to foreign entrepreneurs and investors on doing business in Canada, Celso presents in both English and Italian.

Celso serves as Secretary on the Executive Committee of Lawyers Associated Worldwide (LAW), a global association of over 100 independent law firms located in more than 180 major commercial centers throughout the world, allowing Watson Goepel LLP to service clients that are expanding their operations and relationships into new domestic and foreign markets.

Past President of the Liberal Party of Canada (B.C.), Celso was appointed Queen’s Counsel in 2017. He is an avid golfer and skier and enjoys reading history.

* Practicing through a Professional Law Corporation. 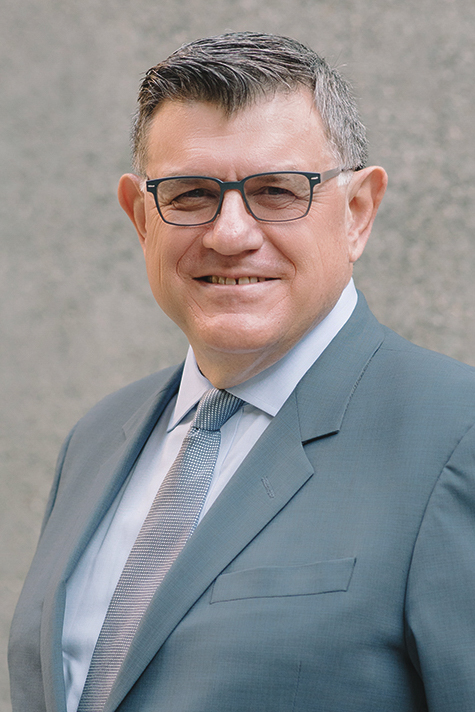 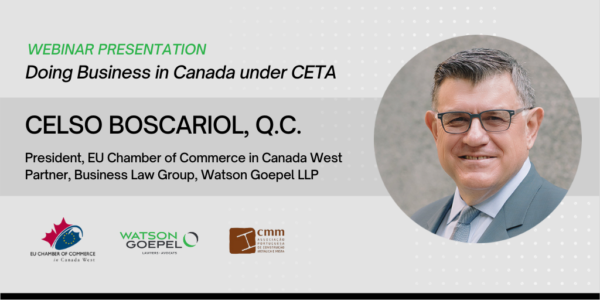 Celso Boscariol, K.C. Co-hosted a Webinar on Doing Business in Canada under CETA 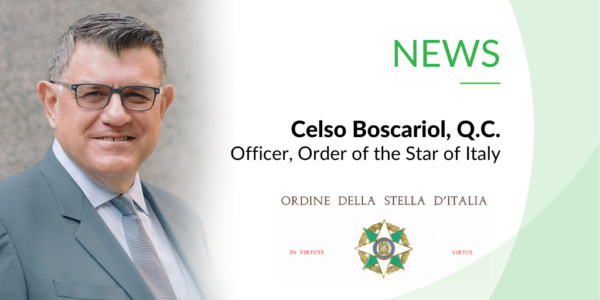 Celso Boscariol, K.C., promoted to Officer, Order of the Star of Italy

Celso Boscariol, K.C., a Partner in our Business Law Group, has been promoted to Officer, Order of the Star of Italy, a civilian honor (similar to the Order of Canada) that is awarded to Italians abroad for special merit in the promotion of friendly relations and cooperation between Italy and other countries such as Canada.… 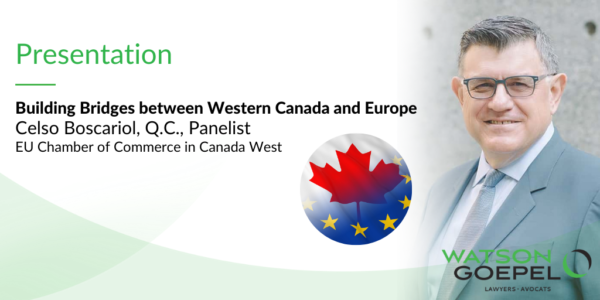 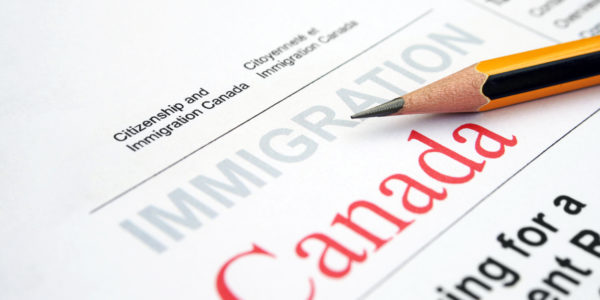 The U.S. President signed an Executive Order on April 22nd, 2020 suspending the processing of U.S. permanent resident applications made by those outside of the United States for 60 days, with the possibility of extensions. While the ban has some exemptions, it represents a major reversing of U.S. policy on migration to that country, with…