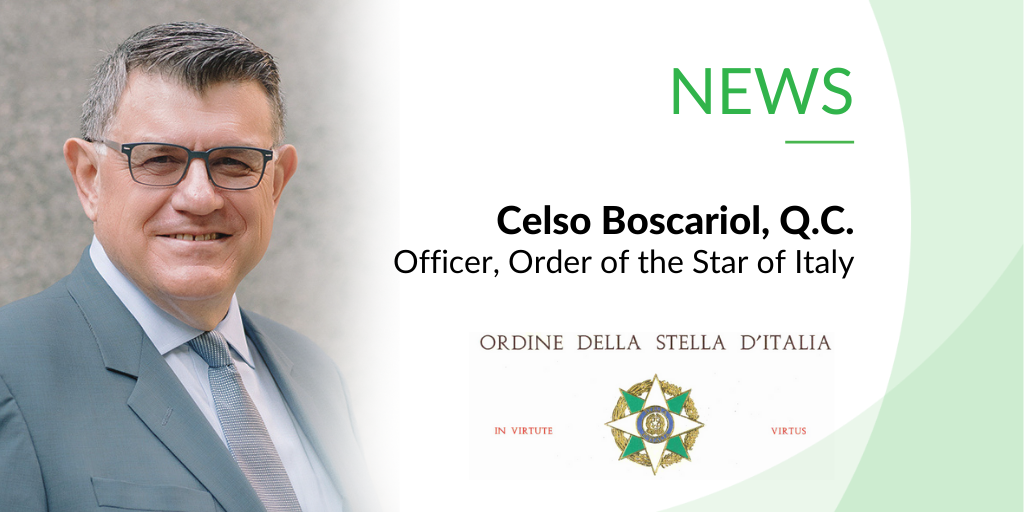 Celso Boscariol, K.C., promoted to Officer, Order of the Star of Italy

Celso Boscariol, K.C., a Partner in our Business Law Group, has been promoted to Officer, Order of the Star of Italy, a civilian honor (similar to the Order of Canada) that is awarded to Italians abroad for special merit in the promotion of friendly relations and cooperation between Italy and other countries such as Canada.

Celso is recognized for his contributions to the Italian Community in Canada, and his leadership of the Italian Chamber of Commerce in Canada-West promoting commercial relations between Canada and Italy. Of special note, was Celso’s work on the Comprehensive Economic & Trade Agreement (“CETA”) between Canada and the European Union, of which Italy is a founding member. The order is conferred by the President of the Italian Republic on the recommendation of the Minister of Foreign Affairs.