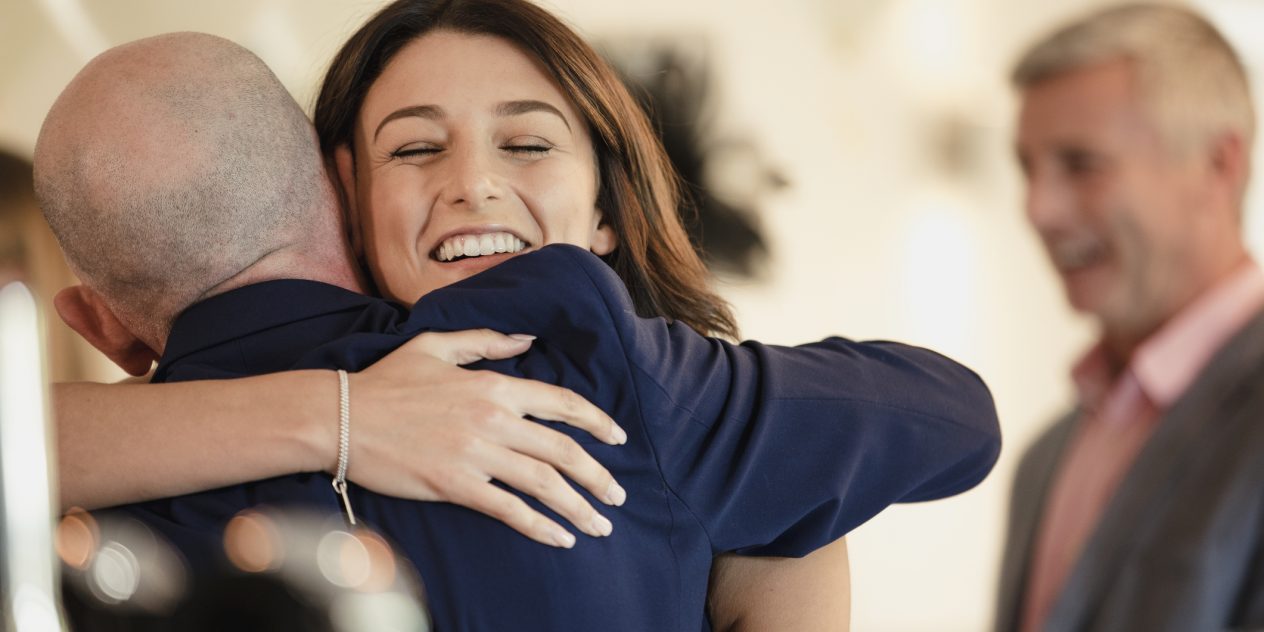 When it comes to marriage these days, we all know how common it is for people to divorce, later remarry, and then eventually see their own kids grow up and get married.

I was at the wedding of a good friend’s adult son this summer. It really was a storybook celebration (albeit a modern storybook). The bride looked beautiful and the groom, handsome. They were glowing with love and you could tell that everyone in attendance was enjoying every minute of the event. This included four parents and four step-parents, all gathered together to witness the marriage of their children and step-children.

As a family law lawyer, when I consult with clients early in the divorce process, I will often say to them: “Your goal through this divorce or separation process should be to remain civil with your ex-spouse so that when all is said and done you will be able to attend major events for your kids together, like their wedding – not as a couple, but there together, civilly, for the sake of your child.” And this is exactly what I witnessed at this wedding this summer.

The bride’s father was there with his new spouse, and her mother was there with her second husband. The groom’s mother was re-married (to my very good friend), and the groom’s father had re-partnered years ago as well. The young couple getting married didn’t just have two sets of parents to celebrate their special day with them; they had eight “parents” surrounding them in love as they tied the knot. Eight parents who had clearly put aside any differences that had led to their individual separations or divorces, to come together for the sake of their children, in civility. And they did this well.

Practicing family law in a collaborative and settlement based manner likely made me more attuned to the wonderful step-parent dynamic that I was witnessing. What highlighted the positivity to me was when the father of the groom gave his speech. He made the standard comments about funny events in his son’s early life, and he welcomed the new bride to the family as expected, but what really made me smile was his brief comment about all the step-parents in the room, and not just the marrying couple’s – but all step parents in attendance. He openly and happily thanked them and acknowledged their ability to come together so joyfully at such an event.

It was not a long speech but it was one that reflected to me, as a collaborative family law practitioner, that coming together in civility after a divorce is possible and is made easier when people find mature and respectful ways of ending their relationships. This allows them the joy of mutually celebrating the future milestones of their children.

Now, I’m sure the early days of separation and divorce were not all bliss and rose petals for these eight parents. I have no doubt that there were arguments over the children, money issues, or who would cover what debts. I also have no doubt there was more than one lawyer involved. However, regardless of past legal issues between these eight parents and step-parents, at this wedding they were all able to put that history aside and truly be there for the happy couple, who you could tell they all loved very much. To sit together, parents interlocked with step-parents in the same row during the ceremony. To share laughs and hugs with friends and family, and to break bread and share a toast together. To do all this civilly brought a smile to this family law lawyer’s face.

As someone who witnesses a lot of conflict between separating couples, the step-parent wedding I participated in this summer was refreshing and inspiring; inspiring to know that people can put past differences aside post-separation and come together for the sake of their children and also themselves.

If you are considering a separation, divorce, or other significant relationship change, then getting legal advice from a settlement focused lawyer can have significant implications for the present, but also for the futures of all involved. In most cases it is possible to go through a divorce, yet still remain civil.  With that as a goal, you will do well by your children now, and into the future.

Jonathan Lazar is a Partner and head of the Family Law Group at Watson Goepel LLP.