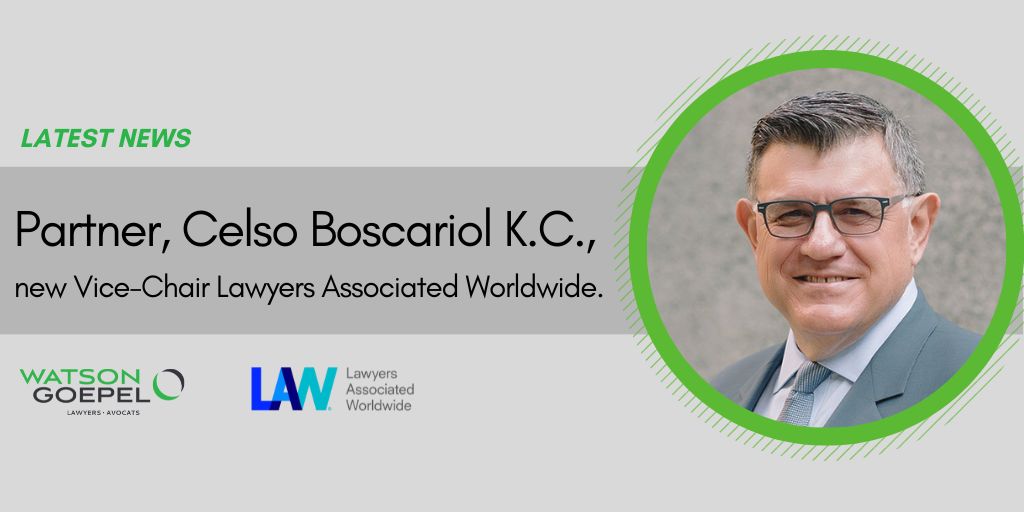 Celso Boscariol, K.C., Partner in our Business Law Group, has been elected as the new Vice-Chair of the Lawyers Associated Worldwide (LAW) in New York City, at LAW’s Annual General Meeting (AGM) in September 2022.

Lawyers Associated Worldwide is a global association of over 100 independent law firms located in more than 180 major commercial centers throughout the world. Watson Goepel has been a member at LAW since 2012. The firm and Celso’s participation in LAW, allow us to service clients that are expanding their operations and relationships into new domestic and foreign markets.

Before being elected as Vice-Chair, Celso served as Secretary on the Executive Committee of LAW.