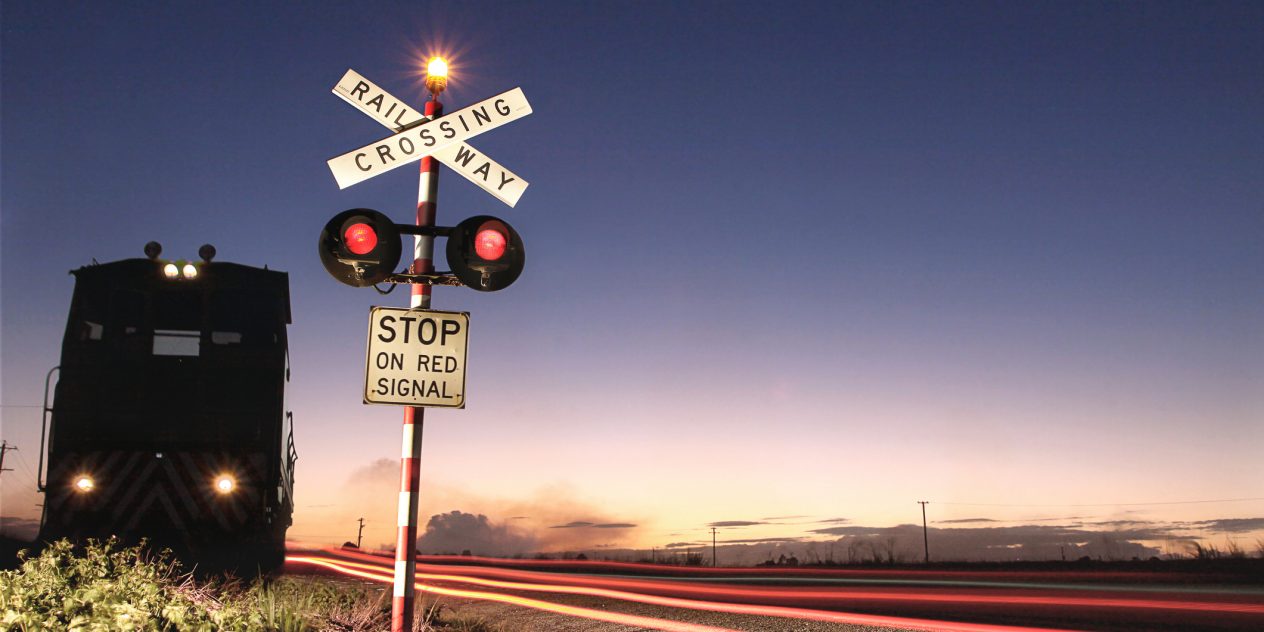 Southern Railway of British Columbia (“SRY”) is a short-line freight railway based in New Westminster that owns over 125 miles of track and operates a rail line through the Fraser Valley to Chilliwack. In this appeal SRY challenged the finding that the plaintiff was not contributorily negligent when his van collided with a train at a crossing.

The accident occurred at a crossing in Surrey. The trial judge found that neither the bells nor signal lights on the south side of the crossing were functioning at the time of the collision. The judge found that the train’s conductor was responsible for keeping a lookout and was negligent because he failed to notice that the signal lights had not been flashing for at least 20 seconds before the train entered the crossing. In these circumstances the conductor had a duty to stop the train and manually guide it through the crossing. SRY did not contest the findings with respect to its own liability but maintained on appeal that the plaintiff should be held contributorily negligent.

The plaintiff had no memory of the events and had pleaded guilty to a regulatory offence under the Motor Vehicle Act for driving without due care and attention. SRY argued at trial that the plaintiff’s guilty plea constituted proof that he was driving erratically. The trial judge did not accept that position and instead found, based on eye witness evidence, that the plaintiff was not speeding or driving erratically.

On appeal one of the issues was the plaintiff’s duty of care when approaching a railway crossing. SRY argued that the trial judge assessed the plaintiff’s duty of care too narrowly by focussing on whether he was wearing a seatbelt and/or driving erratically. SRY argued that there was a more general duty of care that called for a driver to take reasonable care for his own interests including “looking, listening, and slowing down” at a railway crossing.

The Court of Appeal dismissed the appeal. It did not expressly accept (or reject) the standard of care proposed by SRY but it noted that the standard of care necessarily depends on the circumstances which, in this case, involved failed equipment, night-time conditions and a busy, urban street. Moreover, the court noted that SRY had not specifically argued at trial that the plaintiff has a duty to “look, listen and slow down” before approaching a crossing.

This case highlights the obvious perils caused by malfunction crossing equipment; railways in British Columbia cannot rely on drivers to “look, listen and slow down” before approaching a crossing.