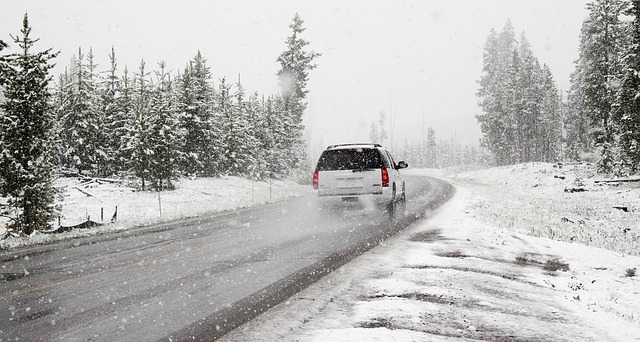 In Link v. ICBC, 2015 BCCA 509 Mr. Link, the plaintiff was driving in winter road conditions when the “front windshield of his vehicle was blanketed with snow by a passing sport utility vehicle” driven by an unidentified driver, subsequently he lost visibility, tapped his breaks and lost control of his vehicle resulting in a single vehicle accident.

At trial the Unidentified Defendant vehicle was found at fault for the collision. ICBC appealed this decision but the appeal was dismissed with the BC Court of Appeal finding negligence can exist in these circumstances. The Court provided the following reasons:

[12]       It appears to me it was clearly open to the judge to find that the speed of the SUV was excessive for the conditions. The plaintiff was travelling 40 to 60 kilometers per hour and, on his examination for discovery (the whole transcript of which ICBC put in evidence), he said the SUV “roared right by” and suggested it was twice as fast as he was “putting along”. He agreed that could have been 100 kilometers an hour, although he said he could not speculate because it all happened so fast. There was, of course, no evidence to the contrary and common sense dictates that, as any driver would know, the greater the speed of a vehicle the greater the amount of snow it may throw up when changing lanes on a snow-covered highway. It simply could not be said that if the SUV had passed more slowly and had not cut in front of the Jaguar as quickly as it did, the windshield of the Jaguar would have been completely obscured as it was. The speed of the SUV was excessive for the conditions because of the effect its speed had.

[13]       In my view, no error has been shown in the judge’s concluding that, in what he described as the “treacherous” conditions prevailing, the driver of the SUV had not met the standard of care required of him in the circumstances. That vehicle was required to be operated with due care and attention and with reasonable consideration for the plaintiff who was driving the Jaguar at a slow speed in the right-hand land. If undertaken, the passing and change of lanes was required to be done safely without adversely affecting the travel of that vehicle. It was open to the judge to conclude as he did the driver of the SUV knew or ought to have known the risk that was inherent in his operating that vehicle as he did. Clearly the standard of care was breached.

This acts as a lesson for drivers to be cautious and drive according to road conditions. Additionally, in some cases, single vehicle accidents can be caused as a result of another drivers negligence, as was the case here.