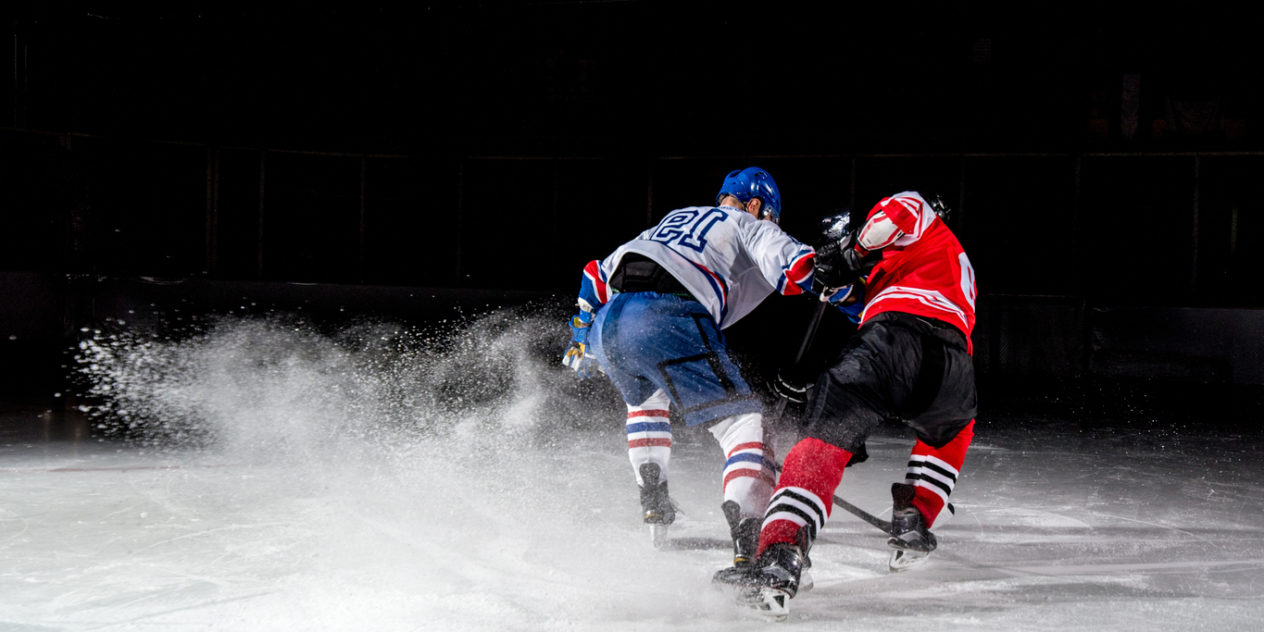 Unsurprisingly, Canadian courts have considered numerous personal injury claims over the years arising from hockey and other sports injuries. These cases can be difficult for plaintiffs to navigate due to the element of risk that is accepted as a fundamental aspect of all sport in general. Although an injury may be the foundation of a successful court action outside of the sports arena, competitors on the ice or playing field must accept a certain degree of risk, given the nature of the game. By agreeing to play hockey and accepting its inherent risks, a player also accepts (or gives “implied consent”) that there is some risk of injury.

When a claim is brought forward from an injury that occurred during the course of a sports game, the Courts must apply a different standard of care than in typical cases. The BC Court of Appeal in Unruh (Guardian of) v. Webber, 1994 CanLII 3272 (BC CA) adopted the following test:

“The standard of care test is – what would a reasonable competitor, in his place, do or not do. The words “in his place” imply the need to consider the speed, the amount of body contact and the stresses in the sport, as well as the risks the players might reasonably be expected to take during the game, acting within the spirit of the game and according to standards of fair play. A breach of the rules may be one element in that issue but not necessarily definitive of the issue.”

This standard incorporates the idea that competitors consent to a greater degree of physical contact in the context of a sport than in regular life. For example, an inexperienced skater may fail to stop in time to avoid a collision, causing injury to another player — where that may well be cause for an action in another context, it is well within the realm of ordinary risk expected by players in a game. However, this is not to say that as long as an act was unintentional, the person who caused the injury cannot be liable. Players do not assume the risk of all careless conduct in the course of play. The Court of Appeal in Herok v. Wegrzanowksi, (1985) BCJ 1778 held:

“Of course, it is not every careless act causing injury that will give rise to liability. It is only careless acts quite outside the risks assumed that could be a foundation of such liability.”

Assumption of risk and objectionable conduct

Whether an injured player actually assumed the risk is a fact-specific inquiry. In Dimopolous v Thiessen, 2009 BCPC 140, Madam Justice Auxier held that the claimant had assumed the risk of being struck in the mouth with the defendant’s hockey stick. She placed significant weight on the evidence of the referee, who testified that he believed the defendant had brought up his stick defensively, rather than with the intent to injure. Auxier J provided the following with respect to her conclusion on the claimant having assumed the risk of a mouth injury:

[16] In reaching this conclusion I do note the Release and Waiver which was on the back of the “sign up sheet” the claimant would have signed when he registered for his team in 2006. I’m paraphrasing, but in essence, this document purports to release members of the Canadian Ball Hockey Association from any claim respecting personal injuries which may occur while participating in ball hockey games. The document also states:

I do hereby acknowledge and agree that the sport of ball hockey and its programs and activities are by their nature RISKY and HAZARDOUS and I ACCEPT PERSONAL RESPONSIBILITY for those risks and hazards notwithstanding that any personal injury … is due to the negligence of the Canadian Ball Hockey Association or any of its …members.

[17] I note, too, that the claimant was aware of the specific risk of injury to his mouth from playing this game. The records from his dentist show that the purchase of a mouthpiece was discussed as far back as August 2004.

The issue of waiver – whether the Plaintiff waived their right to sue when they signed up to play –  was discussed at length in Leonard v. Dunn, 2006 CanLII 33419 (ONSC). The injury, in that case, occurred when the defendant punched the plaintiff in the mouth during a stoppage in play. Mr. Justice Lowe held that it is important to contextualize the waiver; in order to determine how far the waiver extends, one has to examine the reasonable expectations of a player in that particular league and facility.

Here, for the waiver to operate as a defence, (such that the defendant could not be found liable for the plaintiff’s injuries), the defendant’s conduct would have to be found to be within the reasonable expectations of an adult recreational hockey player in the non-contact league. Because the conduct was a) unprovoked and b) unrelated to the advancement of the game, the judge found that it was not within the reasonable expectations of the players, and so not covered by the waiver:

[23] In my view, injury resulting from a deliberate unilateral attack is not within the implied assumed risk in taking part in recreational non-contact hockey and the waiver, properly construed, does not and ought not, on public policy grounds, extend to unprovoked assaults by one player on another. I find that it constitutes no valid defence here.

These two examples represent opposing ends of the spectrum with respect to objectionable conduct: the first, being an unintentional and defensive maneuver undertaken in the course of play, and the latter being an unprovoked attack while the play was stopped, unrelated to the objectives of the game. The injuries sustained were similarly diametrically opposed, in terms of how closely they aligned with the kind of injury a player might reasonably expect to incur. Liability in these cases was relatively easy to assess. More commonly, litigated claims concern conduct that falls somewhere within the range of these scales, such that assessing liability is a more complicated and thus less certain exercise.

In Levita v. Crew, 2015 ONSC 5316, the Plaintiff and Defendant were on opposing teams in a non-contact league. The plaintiff had the puck in his defensive zone, approximately 3 feet from the boards, when the defendant player, skating from centre ice, shoved him in an attempt to strip the puck. Whether the hit was at an angle or from behind was a contentious issue. The plaintiff fell into the boards and sustained a fractured tibia and fibula.

Mr. Justice Firestone applied the “contact sports” standard of care in his liability analysis, citing the principle that “conduct in these contact sports becomes unacceptable only when it is malicious, out of the ordinary or beyond the bounds of fair play”. It is important to draw a distinction, for example, between contact when fighting for a rebound, which may be objectionable enough to draw a penalty, versus contact that attracts civil liability. The boundary is whether the injury was inflicted in circumstances which show a definite resolve to cause serious injury to another, even where there is a provocation in the heat of the game. Injuries in this scenario do not fall within the scope of implied consent or acceptable risk.

It is important to note, as Mr. Justice Firestone did, that the resolve must be to cause serious harm. He went on to state that reckless conduct, like intentionally injurious conduct, “falls outside the inherent risks of the game and is therefore outside the standard of care” (para 87). At para 88, Firestone J summarised the risks that a hockey player assumes as follows:

The degree of risk a hockey player assumes can also be assessed in light of the type of league itself and the level or style of play that normally takes place in that league. For example, in Laurent v. Bartley, 1998 CanLII 27815 (MB QB), the court found that the defendant’s actions justified the roughing call made by the linesman but did not fall below the standard of a reasonable competitor in his place, and wrote “in reaching that conclusion I have taken into account the nature of the match itself and the level of aggressiveness within the league” (at para. 40).

Firestone J further summarised the factors to consider when determining whether there is evidence of intention to injure:

Having regard to the facts before him and the circumstances of the injury, Firestone J concluded that the defendant’s actions, while overaggressive, were not malicious, out of the ordinary, or outside the bounds of what the plaintiff could reasonably have been expected to encounter in the course of play. The action was therefore dismissed.

These cases serve to illustrate that injuries sustained in the course of a sports match warrant special considerations and involve a more complex liability analysis than for similar injuries outside the arena. The risk of injury is a fundamental aspect of sport, and for most, a fair trade-off for the numerous benefits that sport provides.

However, where the conduct of another participant goes beyond what a player would reasonably expect to confront, and particularly where the conduct was intended to cause the player serious harm, it is no longer just a part of the game. In these cases, the proper penalty may be compensation to the plaintiff, rather than just minutes in the penalty box.

Cassidy Gale is an Associate in our Personal Injury Law Group.