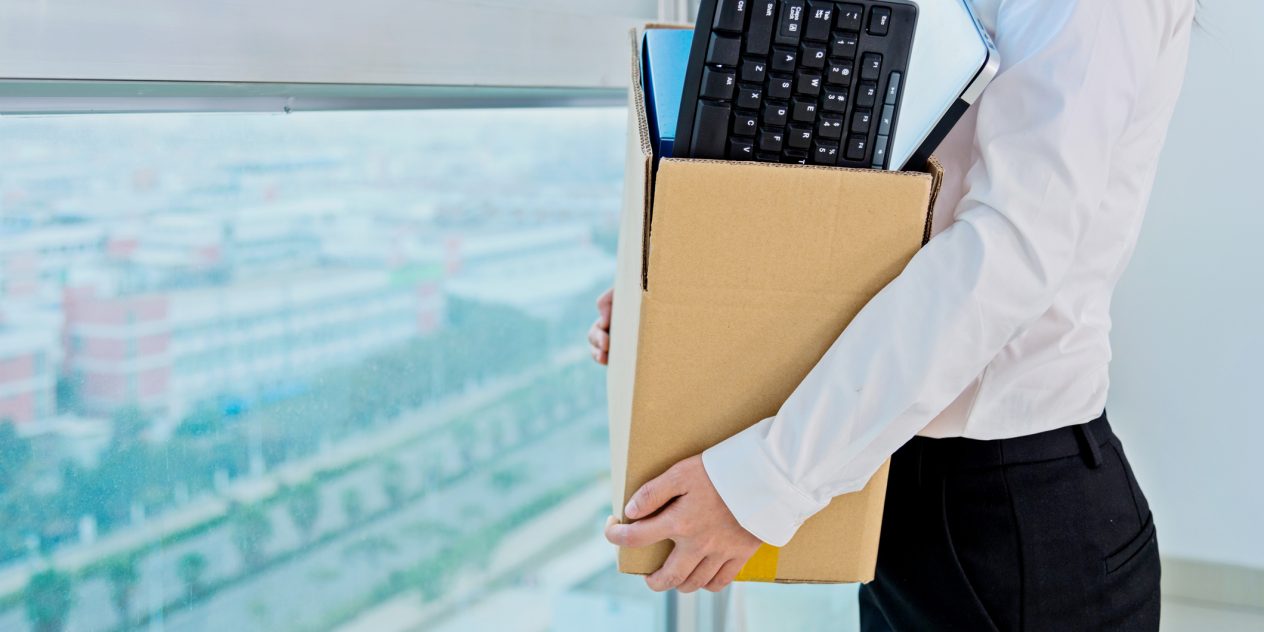 Although not always successful, increasingly, plaintiffs in employment cases are making claims for damages over and above notice damages.  This article provides a very brief overview of a selection of successful and unsuccessful claims, and demonstrates that there are increasingly unpredictable (sometimes very large) liabilities to employers who do not successfully and fairly conclude employment relationships.

When an employee is terminated and the termination is “not for cause” (meaning no fault of the employee), an employee can expect to receive (in addition to the notice stipulated in the Employment Standards Act of B.C.) working notice or pay in lieu of working notice or a combination of each in an amount stipulated in by their employment contract, or if there is no employment contract, then commensurate with the alchemy (otherwise known as) “common law”.

“Common law” notice is calculated on a sliding scale after assessing certain factors including the age of the employee, the length of service, their seniority with the employer, and their employability. Once a notice period is established, it is multiplied by the monthly compensation (base salary plus certain benefits) the employee received pursuant to their contract while employed.

However, in certain circumstances, there are additional amounts which can be claimed by employees over and above “common law” or contractual notice. These additional amounts, or “heads of damage”, include “moral” or “aggravated” damages “for mental distress”, “consequential” damages, “punitive” damages, and special costs.

This article will not explore all of the heads of damage which can be claimed in employment cases, but provides a brief overview of how the courts have approached one particular head of damage called “aggravated damages” for “mental distress” by reviewing a selection cases.

From “Wallace Damages” to Honda : The Starting Point

Prior to the case of Honda Canada Inc. V. Keays 2008 SCC 39 (CanLII) [hereinafter Honda] an employee seeking damages over and above contractual damages could seek damages for behaviour by the employer during the dismissal which might have been “…unfair or is in bad faith by being, for example, untruthful, misleading or unduly insensitive”.  This additional damage award was referred to as “Wallace damages” from the employment case in which it arose called Wallace v. United Grain Growers Ltd. [1997] 3 SCR 701.

However, Honda, shifted the assessment of any award for bad faith from extending the notice period to assessing a lump sum amount, in addition to any notice period awarded.  The court did so relying on the basis of the foreseeability principle in employment contracts.

Justice Bastarache writing for the majority in Honda, supra paragraph 59:

Since Honda, aggravated damages have sometimes, but not always, been referred to in employment law cases as ‘moral damages’ and/or ‘mental distress damages’.

In George v. Cowichan Tribes 2015 BCSC 513 [hereinafter, George], a 55 year old Associate Director who had been employed for 30 years (interrupted service) with a family services agency was awarded 20 months of notice and $35,000 for aggravated damages.

Ms. George was terminated for cause based on a one-time incident which occurred off duty in a pub in which she had an altercation related to a family matter with another pub attendee.  She self-reported the incident to her employer and was given a verbal reprimand. However, later, the recipient of her ire filed a complaint with the employer alleging issues in addition to those self-reported and/or different than those reported by Ms. George.

An independent investigator was hired by the employer and based on those findings the employer took the step of terminating Ms. George for cause. However, the court made its own findings with respect to the issues and found that Ms. George was not guilty of the allegations upon which the cause was founded upon.

The court awarded $35,000 in aggravated damages for the following reasons:

In Ensign v. Price’s Alarm Systems (2009) Ltd., 2017 BCSC 2137 (CanLII) [hereinafter, Ensign] the plaintiff was employed for 12 years as a Medical Alert Advisor with an alarm system company. He was terminated at 63 years of age. The court accepted statements made by Mr. Ensign and his wife in affidavit evidence that he had suffered stress, anxiety, and worry due to the defendant making “sham offers”, being dishonest,  and “playing games”.  The court awarded $25,000 for the following conduct:

In Karmel v. Calgary Jewish Academy, 2015 ABQB 731 (CanLII) [hereinafter, Karmel], the plaintiff was awarded $200,000 in aggravated damages for the harm he suffered as a result of “…conduct consistent with the sort of bad faith dealings that aggravated damages are intended to remedy. Indeed, the facts of the case are particularly insidious” Karmel, supra at paragraph 100.

The plaintiff had a five year term contract and the board tasked with oversight of his employment would have had to pay out the entire five years, have cause, or have the plaintiff resign in order to avoid significant costs associated with simply terminating the contract.  Ultimately the employer terminated the plaintiff for cause after what was found by the court to be a campaign of sabotage and bad faith using “intentional and calculated actions” by the board to undermine the plaintiff in his position.

Examples of these actions included not inviting the plaintiff to key meetings, inappropriately  controlling the flow of information he received, disparaging his efforts despite the fact that the school the plaintiff was tasked with running was achieving high academic results, and predicating performance reviews and his termination for cause on unfounded grounds of negative performance.

Although not explicitly stated by the court, two elements which appear to have driven up the award was the length of time the board waged its campaign against the plaintiff and the small and private community in which the plaintiff carried out his duties, which served to isolate the plaintiff in a way that caused further distress and reputational damage.

A more ‘modest’ award of $5,000 was provided for moral damages to the plaintiff in Avelin v. Aya Lasers Ltd., 2018 BCSC 2313 (CanLII).  This award was based on the defendant terminating the plaintiff in an insensitive manner and for an aggressive and improper litigation strategy. A claim for punitive damages was rejected.

In Bailey v. Service Corporation International (Canada) ULC, 2018 BCSC 235 (CanLII) [hereinafter, Bailey], the court awarded the plaintiff, inter alia, aggravated damages of $25,000 and punitive damages of $110,000. The court would have awarded a higher quantum for aggravated damages; however, found it difficult to parse out the level of damage suffered by the bad faith termination as the employee had a pre-existing mental health condition. The $25,000 award was based on a finding that the plaintiff’s pre-existing condition was aggravated by the defendant’s breach of the duty of good faith and fair dealing. The court found it breached this duty in a whole host of ways, including:

Since the court found that the defendant’s conduct in this case was harsh, reprehensible and motivated by malicious and vindictive intent, and that aggravated damages “will not meet the goals of retribution, deterrence and denunciation”, it determined that an award of punitive damages was “necessary and just” and awarded an additional $110,000 on that basis.  Since the court frequently mentioned the enormous size and scope of the defendant and its resources, one has to assume that it played a role in the quantum of punitive damages awarded.

Cases in which Aggravated Damage Claims Overturned or Rejected

In the case of Cottrill v Utopia Day Spas and Salons Ltd., 2018 BCCA 383 (CanLII) [hereinafter, Cottrill], the appeal court overturned an aggravated damage award of $15,000 made by the trial judge on the basis there was not enough evidence of actual harm. Specifically, the court found that there:

“…was no evidence from the plaintiff or from family members, friends or third parties concerning the impact of the termination on Ms. Cottrill and her mental state. Although not required, there was no expert evidence, medical or otherwise. The only evidence of mental distress is that Ms. Cottrill cried during the March meeting, following which she had to go home early because she was so upset, and at the June meeting, she went numb and could not take anything in. The evidence of Ms. Cotrrill’s reactions at the two meetings at its highest establishes a transient upset. It falls well short of the legal standard that requires a serious and prolonged disruption that transcends ordinary emotional upset or distress” Cottrill, supra at paragraph 19.

Although an employee may not always be successful in a claim for moral/mental/aggravated damages, these cases and the increasing number of claims for these type of damages make it clear that that if such a claim is made there will be a high level of scrutiny by the courts into the employer’s conduct, intentions, and motivations during any termination period. Such a level of scrutiny makes for an expensive and unpredictable trial.

Sarah Hentschel is a lawyer in Watson Goepel’s Litigation and Dispute Resolution Group. Her practice includes a focus on all aspects of Workplace Law, representing clients before the Employment Standards Tribunal of BC, BC Human Rights Tribunal, Canadian Human Rights Tribunal, Office of the Information and Privacy Commissioner, Social Security Tribunal, and the Supreme and Provincial Courts of British Columbia.