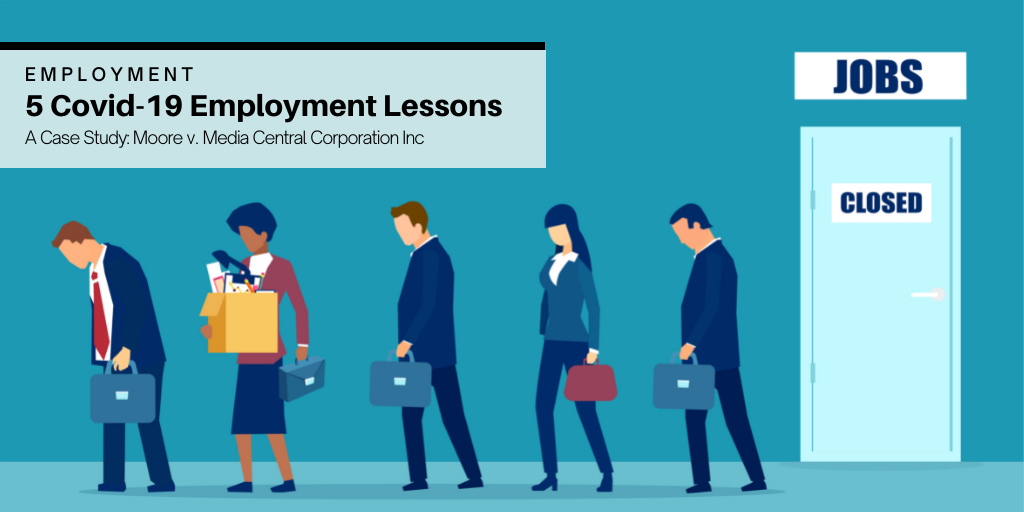 In March 2020, the aggressive spread of COVID-19 cases created uncertainty and economic chaos for businesses in Canada. One British Columbia employer took the step of laying off a significant number of its employees. This step, taken by many other employers, was intended to be a temporary measure and last resort necessitated by the pandemic which had no end in sight.

Among the laid off personnel was Moore, one of the employer’s most senior employees with 22 years of experience. She received a mass email from her employer, informing her that, along with anyone else receiving the email, she would be temporarily relieved from her duties. At that time, her email and phone access were revoked, and she stopped receiving remuneration.

One month later, having heard nothing from her employer, she reached out to discuss severance. The employer responded that she was welcome to resume her role on the same terms as before the layoff. She demanded more details about her employment, but the employer simply said no discussion was necessary as the terms of employment were precisely the same.

Moore claimed that her former employer, the Georgia Straight, had no right to lay her off from her position, she had been wrongfully terminated and sought a notice period of 22-24 months. Georgia Straight attempted to establish several defenses, including resignation, frustration and force majeure. It also said it was entitled to layoff Moore because of COVID.

Lesson 1: No Layoffs (Temporary or Permanent) Unless it’s Stated in a Contract or Agreed

At law, there is no difference between a layoff and a termination. The effect is the same, and they are treated the same: if an employer lays off an employee without agreement or a contractual term allowing them to do so, even temporarily, the employee can sue for damages.

COVID didn’t change this, despite being an extraordinary circumstance of a global pandemic. Ontario’s courts have already had the opportunity to opine on this. In Ristanovic v. Corma Inc., 2021 ONSC 3351 the court found that without agreement or a contractual term, employers cannot “lay off” employees, without providing them with notice.

Without a written contractual term or the employee’s permission, the Georgia Straight had no right to lay off their employees. In Moore’s case, she was found to have been terminated without cause. COVID did not give employers an inherent right to layoff staff.

Lesson 2: If Employers want to Bring an Employee Back to Work, Give them Details

The Georgia Straight then said, even if the temporary layoff was illegitimate, they offered Moore to return to work roughly one month later. When she refused to return, she effectively resigned.

In Fredrickson v. Newtech Dental Laboratory, 2015 BCCA 357, the British Columbia Court of Appeal found that the employee is only required to take the steps in mitigation that a reasonable person would take, and that the employee is not obliged to return in an atmosphere of hostility, embarrassment or humiliation.

Moore complained about the difficulties working under the Georgia Straight’s new owners, and the toxic environment that was created by its former CEO. On the offer to return to work, she requested information about pay for work-in-progress and a start date. She wanted to know who she would be working for, and whether she would be paid for the period between termination and her start date. She didn’t receive any of that information. Further, she did not want to return to a workplace where she did not trust her employer. It was therefore reasonable for her not to return. If the employer wanted her to return, it should have given her clear details.

Lesson 3: If You Say the Job Can’t be Done, Don’t Give it to Someone Else

Next, the Georgia Straight said the job Moore occupied disappeared. They said that as a result of COVID, Moore had no job to perform, and that Moore’s job was frustrated or voidable. In other words, the job she performed prior to COVID did not exist after COVID.

At law, frustration applies when performance of a contract becomes something radically different from what the parties intended, and where the parties made no provision in the contract. The BC Supreme Court considered frustration in the context of COVID in Verigen v Ensemble Travel Ltd., 2021 BCSC 1934. In that case, a travel agency laid off a number of employees as a result of the pandemic. The agency said the industry was effectively grounded, and their employees’ contracts were frustrated. The BC Supreme Court found that there is a difference between a party’s inability to perform and the nature of the obligation of a contract. Although travel agents were significantly limited as work dried up, not all flights were grounded. There was still work that the employees could perform. In other words, there was no frustration.

Like the plaintiff in Verigen, Moore’s work could still be completed. In fact, her work was reassigned to others who were taking her calls and emails after her own access was cut off. The new employees would also check in on Moore’s clients on a regular basis. Further, employees at the Georgia Straight said there was a need to stay on top of what Moore normally did, and that there was a use for Moore. Of course Moore could have continue in her role, and since she was working on a commission salary, it was a very low risk to the employer. Ultimately, Moore’s role was not frustrated, it was simply reassigned. If the employer felt like her job was impossible to perform, it contradicted itself by assigning her work to others.

Next, the Georgia Straight said that a force majeure had allowed them to terminate Moore. A force majeure is an unforeseeable event that affects a party’s contractual performance.

It wasn’t the first time an employer tried to argue force majeure should apply even where it doesn’t appear in an employment contract. In Ristanovic (discussed above) the Ontario Superior Court found that there is no such thing as an “implied force majeure clause”. If it isn’t stated in a contract, employers can’t rely on it.

Moore’s contract did not contain a force majeure clause. Therefore, The Georgia Straight couldn’t rely on it. If force majeure isn’t actually in the contract, there isn’t any precedent to support its insertion as an implied term or otherwise.

Even if there were no force majeure clause, or temporary layoff clause, in Moore’s employment contract, a section limiting the notice/damages payable on a wrongful termination would limit the Georgia Straight’s exposure in a lawsuit.

Moore actually had an employment contract but it was drafted in an unenforceable way. On termination, her contract allowed her to receive 32 weeks of severance pay in lieu of notice, but she would only be provided with her base pay. The contract expressly stated that she was not entitled to receive amounts based on her commissions. Moore was an employee who earned the bulk of her salary on commissions. Section 63 of the British Columbia Employment Standards Act requires employers to make payments in lieu of notice as “wages” which include:

salaries, commissions or money, paid or payable by an employer to an employee for work

As the termination provision was inconsistent with the Employment Standards Act, the termination provisions were unenforceable. Moore was instead entitled to receive notice based on common law principles. She was awarded 22 months of notice. After accounting for her mitigation efforts (she had started another company following termination) and some deductions for decreased earnings during her notice period, Moore was awarded $171,510.23 from her former employer and the costs of her action.

Conclusion: Invest in Enforceable Employment Contracts and Talk to Your Local Lawyers

The pandemic created uncertainty and panic among employers across the country. Still, there were a number of other options available to the Georgia Straight rather than simply laying off their employees. With proper legal advice, employers may have been able to keep on their employees to the extent possible. For example, Moore, who was earning her salary by commission, probably would not have cost her employers a significant sum to continue checking on her clients, and she would have had an incentive to seek out revenues and continue bringing revenues in.

Of course, aside from strategic advice in the face of the pandemic, counsel also would have alerted the Georgia Straight to the deficiencies in their contract and encouraged the employer to restructure those contracts to limit exposure in the event of a wrongful termination lawsuit.

In light of these expensive lessons learned by the defendants, it might be a good time to review employment contracts or have them drafted in order to protect employers the next time it feels the need to layoff its staff.

If you have any questions about child support obligations, or any other family law matter, please reach out to the family law group at Watson Goepel LLP. Our team of legal professionals is here to help!

Micah Goldberg is an Associate in our Litigation & Dispute Resolution Group.  His practice includes a focus on employment and contract litigation including partnership and shareholder disputes, debt recovery, and wrongful termination actions. 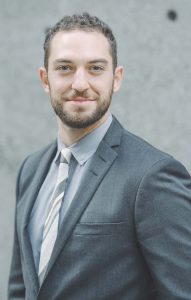