“We must work differently than we have in the past. My experience as a negotiator has taught me that there is always some common ground to be found between opposing parties. And that place, no matter how small, is where you must start from.”

Anita is Associate Counsel at Watson Goepel LLP. Her practice focuses primarily on Indigenous Law, with a portion dedicated to the area of Immigration law. Having worked in the public sector for over 25 years, the last ten as Director General, Treaties and Aboriginal Government Negotiations West, for the former Department of Indigenous & Northern Affairs, Anita brings a wealth of experience and perspective to her Indigenous practice.

Anita assists and advises a variety of clients with matters related to issues of Indigenous self-government, economic development, governance, and engagement, consultation and accommodation. She is an accomplished negotiator, consensus builder and problem solver.

Anita is fluent in French, Italian and Spanish, enjoys classical music and opera, and is a fitness enthusiast. 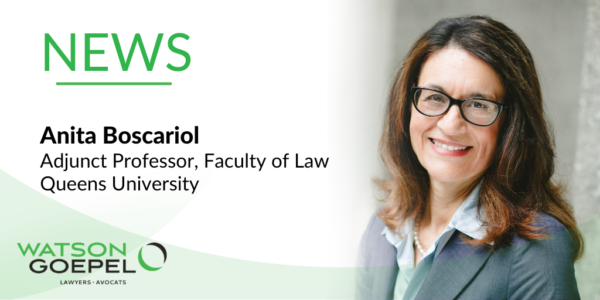 We are pleased to share that, on top of her Immigration and Indigenous law practices, Anita Boscariol will be starting as an Adjunct Professor in the Faculty of Law at Queen’s University this fall. She will be teaching students in the Immigration and Citizenship Law Graduate Diploma program. Anita also teaches courses on Immigration Law… 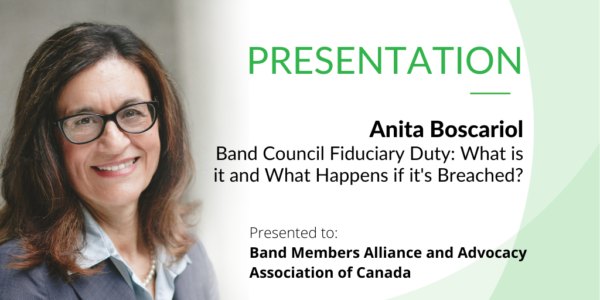 Indigenous Law lawyer Anita Boscariol will present to the Band Members Alliance and Advocacy Association of Canada on Wednesday, January 27th at 3 PM PST on the topic of Band Council Fiduciary Duty: What is it and What Happens if it’s Breached?. This virtual workshop is free to attend. For more information contact BMAAAC.org. 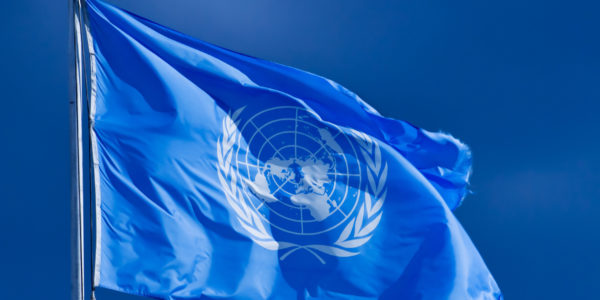 BC’s Declaration on the Rights of Indigenous Peoples’ Act: Rising to the challenge of UNDRIP

On November 28, 2019, British Columbia became the first jurisdiction in Canada to incorporate the United Nations Declaration on the Rights of Indigenous Peoples (“UNDRIP”), making UNDRIP part of BC law. UNDRIP UNDRIP is a comprehensive international instrument on the rights of indigenous peoples, that sets out basic human rights within an indigenous context and… 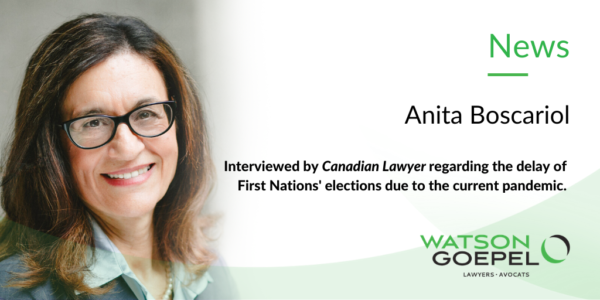 Indigenous Law Lawyer Anita Boscariol was interviewed by Canadian Lawyer magazine for a May 06, 2020 article on the recently passed temporary regulations allowing First Nations to postpone or cancel elections during the pandemic to protect community health and avoid a governance gap. See the full article here. https://bit.ly/2ZORURn