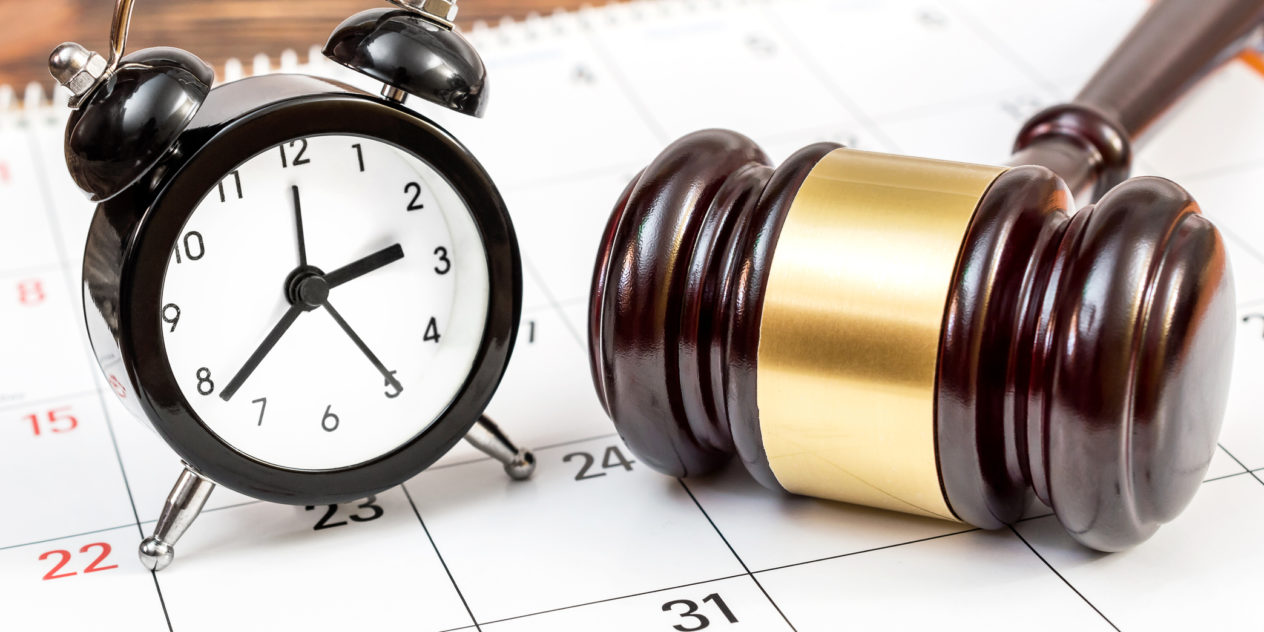 You snooze, you lose: Family law deadlines you should know

Home   News   You snooze, you lose: Family law deadlines you should know

Limitations dates, or deadlines for taking legal action, are one of the most important issues at the outset of any legal claim. In many cases, including those in family law, parties must bring claims before they “expire”, or else that claim will be extinguished. This article explores key family law situations where there is a risk of statute-barred claims.

Claims for child support are not time-limited in the same way that other claims may be. Child support is deemed the right of the child. However, if child support is being sought from a stepparent, then there will be a timeline of one year.

If the parties were married, there is no time limit for one of the parties to bring a claim for the division of CPP benefits. However, if one of the spouses passed away, the other must make a claim within three years of the death.

If the parties were unmarried, one of them must apply within two years of separation, unless the other spouse agrees in writing to waive this time limit.

According to s. 198(2) of the Family Law Act, a spouse may start a proceeding for the following no later than two years after separation, divorce or annulment.

In other words, a two-year timer starts to run on either:

(a) the date that the court orders divorce or nullity; or

(b) the date that the spouses separate.

An example where a party missed the two-year deadline for claiming spousal support arose in Welliver v Hees, 2016 BCSC 1837. In that case, the parties’ relationship began in 1988 and ended (separated) on or before March 7, 2010. The ex-wife, Ms. Welliver, started the action on March 15, 2013 which included a claim to spousal support. Mr. Hees argued that the claim was statute-barred since it was commenced more than two years after separation.

Ms. Welliver tried to apply the “dispute resolution” exception in s. 198(5) to suspend the limitation period. However, the court did not accept this argument. In June 2010, Ms. Welliver had retained a lawyer and attempted to start discussions. Mr. Hees also saw a lawyer, but the discussions did not proceed. At some point in 2011, the parties attempted to resolve their dispute, but no family dispute resolution professional was involved. Ultimately, the court held at para 41:

… it would be a tremendous stretch to say that the parties were engaged in family dispute resolution with a family dispute resolution professional. Rather, each had received some legal advice and they were moving forward with their affairs. They resolved some issues but did so without any documentation or precise terms. Throughout this time Mr. Hees continued to insist that he would not pay spousal support.

The court went on to conclude that Ms. Welliver’s claim for spousal support was statute-barred, providing at para 45:

… I must find that the action was commenced more than two years after the parties separated. While this conclusion seems harsh, it must be remembered that the right for an unmarried party to seek spousal support is a statutory right limited by the provisions in the Family Law Act. Even though Mr. Hees, on the facts of this case, has a clear moral obligation to provide support after 22 years of an inter-dependent relationship, the action was not brought within the time limit in the statute.

Another case, Der Woon v Zadorozny, 2019 BCSC 2004, recently released on November 22, 2019, also dismissed an action due to the expiry of the limitation period.

The court found that on June 17, 2014, Ms. Zadorozny had made Mr. Der Woon a nice dinner and then told him that their relationship was over. After that, the parties did not sleep together and talked infrequently. About three days later, Mr. Der Woon asked Ms. Zadorozny if she was resolved in her decision, and she said she had never been more resolved. They no longer acted or held themselves out as “a couple”.

While Mr. Der Woon did not leave the family home until September 2014, the court determined based on the evidence that the parties had separated on June 17, 2014. As a result, the court dismissed the action by Mr. Der Woon because it was statute-barred.

In summary, lawyers and clients alike should be aware of key dates in family law that could trigger a countdown, including but not limited to:

When it comes to limitation dates, there is no such thing as being too careful.  While it may be tempting for clients to hit “snooze” on that alarm to seek legal advice, the clock does not stop running. If the court determines that a claim is extinguished forever, it will be virtually impossible to revive it.

Donna Yamazaki is Associate Counsel in our Family Law Group.