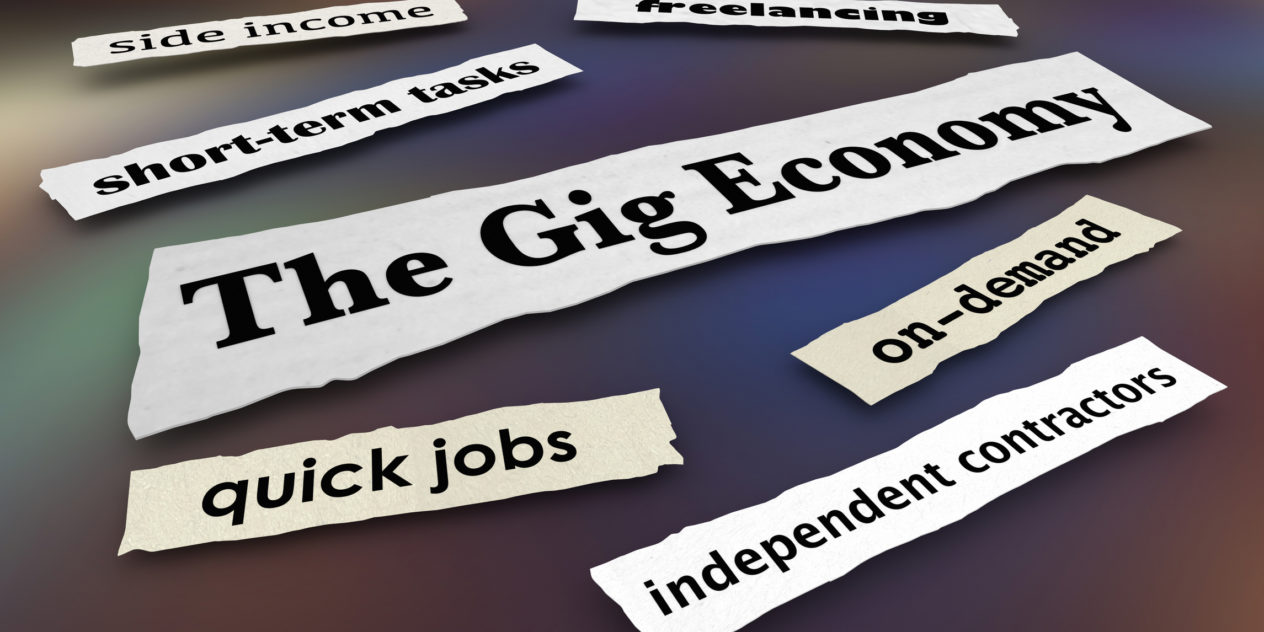 The “Bardal factors” are widely used in employment law to dictate the length of notice an employee ought to expect on termination: character of employment, age, availability of similar employment and length of service.

These factors were well set up for the employment realities of the 20th century: stable 40-hour per week work with insurance coverage, Christmas bonuses, vacation and – shock warning for millennials reading this post – retirement benefits. Attributes of work that are considered unattainable for workers surviving in the “gig economy”.

The gig economy is characterized by short-term or temporary work as opposed to full-time or permanent jobs. The gig economy fosters flexible work schedules that typically allow workers to come and go from work at their pleasure, while the traditional economy typically supports full-time workers who specialize and rarely change positions.

The Bardal factors, deriving from Chief Justice McRuer’s judgement in Bardal v. Globe & Mail Ltd. (1960), 24 D.L.R. (2d) 140 (Ont. H.C.J.) will turn 60 years old next year. They were not created with the realities of the gig economy in mind. The Supreme Court of Canada’s (relatively) recent review of Bardal in Honda Canada Inc. v. Keays,[2008] 2 S.C.R. 362 affirmed the Bardal factors but did not reference the gig economy or casual employment.

Employment legislation and litigation has been slowly evolving as Canada comes to grips with the realities of temporary, casual work. As Mr. Justice Creighton in Edmonton (City) v. Uber Canada Inc., 2015 ABQB 214 at para. 23 wrote:

It is trite to say that individuals worldwide rely every day on the power of the Internet and the speed with which it adapts and responds to changes in its environment.  It is not surprising, therefore, that legislation drafted to accommodate a more static, paper and people driven environment, sometimes lags behind the technological response to individual preferences and demands.

Many gig economy employers have been wanting to classify their workers as independent contractors as opposed to employees, thereby diminishing the workers’ entitlements on termination and the employer’s vicarious liability. Unfortunately, there has been little precedent set by the courts on this matter, but there is cause for hope.

Canada’s employment bar is anticipating developments following Heller v. Uber Technologies Inc., 2019 ONCA 1, a decision which rejected Uber’s arbitration clause on the basis that it sought to defeat Ontario’s employment standards regime and was unconscionable. The plaintiff class of Ontario Uber drivers seeks to define itself as Uber’s employees and claims damages of $400 million. Heller’s proceedings may ultimately provide precedent setting analysis on what a gig economy employee may look like.

Once gig economy’s workers are determined to be dependent contractors or employees, employers without enforceable employment contracts will be left without a termination provision to guide them on the appropriate amounts of notice to provide to their terminated employees. Employees who do not feel they have been offered a satisfactory amount of notice may, and will, turn to the common law and the Bardal factors.

While some of the Bardal factors, like age, can be readily adapted to the gig economy, the other factors are difficult to accommodate given the evolution of employment law. One vulnerability to this evolution is calculating the length of notice.

Temporary employees may work for an employer for one day, one week, one month or several months in one year. It is possible to envision an employee who picks up limited shifts during a year when it suits their schedule – and many of them do exactly that. How does the court calculate service for an employee that has worked a combined eight months over a five-year period?

First, employees are not always credited for the entire amount of service they have provided to one employer if there are gaps in the service. For example, In Sollows v. Albion Fisheries Ltd., 2017 BCSC 376, the plaintiff was not credited for roughly twenty years of service he provided to the employer provided before a multi-year gap in service.

Contrarily, consider Dobbs v. Cambie Malone’s Corp., 2011 BCSC 1830, where the employer’s remarks that led to its employee’s return after an 11-month hiatus, demonstrated that the parties treated each other as though the plaintiff had provided the employer with many years of service. Thus, the plaintiff’s service before the break of service was credited.

Second, consider the intended operation of the length of service factor. In Nelson v. Champion Feed Services Inc., 2010 ABQB 409 Graesser J. of the Alberta Queen’s Bench found at para. 87 that the length of service factor seeks, in part, to credit the narrowing in skill by one employee as a consquence of remaining in the employer’s service. Crediting the employee for time spent not providing services to the employer does not appear to align with Graesser J.’s remarks

Inevitably the proper approach to calculating length of service will depend on each individual case. A strictly mathematical approach, simply tabulating the weeks in which the employee provided services to the employer, may be appropriate in some circumstances. On the other hand, it may be more logical to ignore weeks worked prior to a significant break in service, while tabulating all the time worked after the employee’s return.

One other vulnerable factor to the evolution of employment law is the character of employment. Courts in Ontario and British Columbia have been clear that in determining the reasonable notice period the distinction of working part-time or full-time should not be considered; however the judiciary has not provided much guidance on the distinction between a permanent employee and a casual employee (as opposed to a temporary employee). In Monti v. Hamilton-Wentworth (Regional Municipality), 1999 CanLII 14858 (ONSC), a leading case in Ontario, Reilly J. wrote:

I will deal first with a discrete issue raised by counsel, whether the notice period should be shorter for a so called “part-time” employee than for a “full-time” employee. In my view, it should not. No matter how many hours per week an employee works, he or she is still a permanent employee, and entitled to appropriate notice or compensation in lieu thereof. The difference in compensation between an employee who works five hours per week and one who works 50 hours per week will simply be reflected in their salary per week, month, or year, and the compensation in lieu of notice based upon those hours. (Emphasis added)

The concept of employment permanence has not been a topic of significant exploration outside of an independent contractor analysis. The gig economy provides a possible avenue for the import of contractor-type arguments even where the worker is admitted to be an employee.

In the context of dismissed gig economy workers, there is much room for exploration about the nature of work. Existing on the spectrum between casual and permanence, workers in the gig economy may find their entitlements diminished as their association with their employer weakens. Additional notice may well be required for an employee with a stronger degree of permanence with the employer. On the other hand, employees may be entitled to less notice if their employment relationship was casual, without any notion of permanence. Most gig economy workers will land somewhere on the spectrum between the two, utilizing factors traditionally reserved for a contractor-analysis to assist in their determination:

Lawyers dealing with terminated employees in the gig economy era will need to contend with a number of modern difficulties aside from the length and nature of service. How difficult is it to locate another casual job if their role is not simply entry level but providing technical skills? How can the employee’s income be properly calculated over the notice period if they worked an intermittent schedule prior to termination? What contingencies need to be accounted for if the employee was known to leave the employer’s service for long periods?

As the gig economy grows in Canada, these questions will be answered. Employers can take steps to protect their businesses by ensuring they have an enforceable employment contract, or at the very least, by having a conversation with their lawyer before any termination-related decisions are made. Talk to an employment lawyer about what you can do to protect yourself and your workplace.

Micah Goldberg is an Associate in our Litigation & Dispute Resolution Group with a focus on employment law.