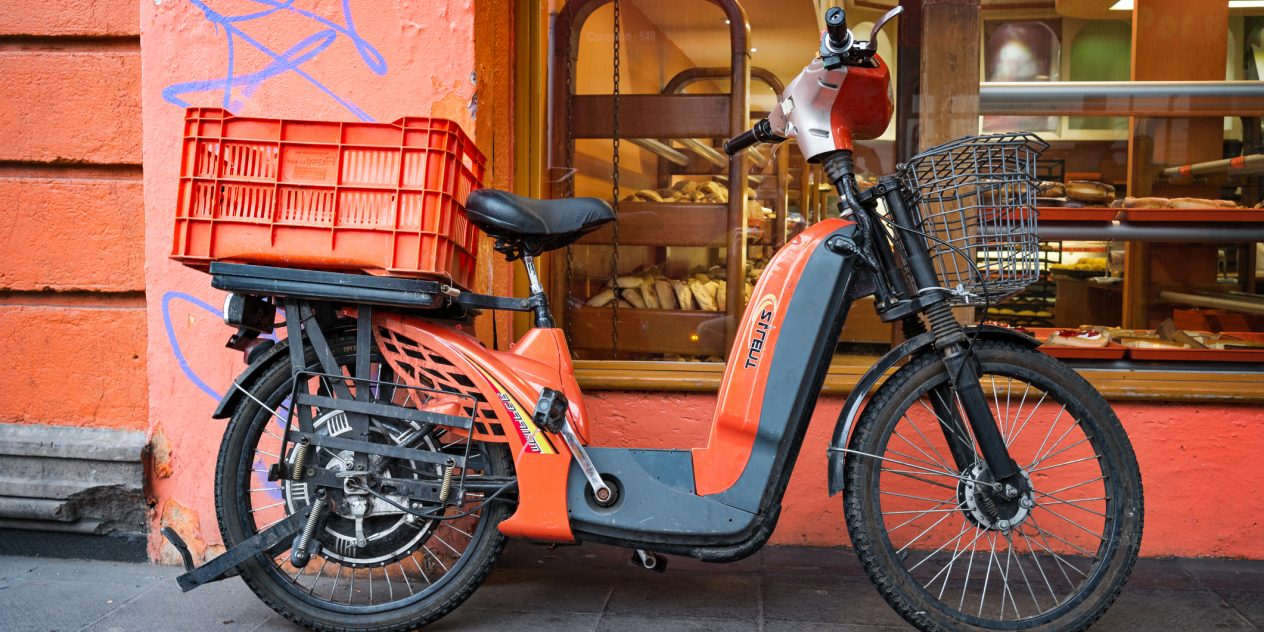 E-bikes and scooters have become popular transportation options for commuters and recreators alike. They get you from points A to B quickly, at a relatively low cost compared to a car, and without the same effort as a traditional bike. But when do they become vehicles under B.C.’s Motor Vehicle Act, and what are the ramifications?

In a recent case, R. v. Ghadban, 2021 BCCA 69, the BC Court of Appeal upheld the lower courts decision, in a 2-1 decision, regarding charges for two tickets received by the Appellant for driving his pedal-equipped scooter without a license and without insurance.

The main issue on appeal was whether the pedal-equipped electric scooter qualified as a motor assisted cycle under the Motor Vehicle Act and Motor Assisted Cycle Regulation. If it qualified under this provision, he would not need a license to operate or require insurance.

On July 24, 2018, a police officer observed Mr. Ghadban riding a Motorino XMr on a public road near the King George Skytrain station in Surrey, with his child on the back. The officer stopped Mr. Ghadban and asked to see his license and insurance, neither of which Mr. Ghadban had. The officer then issued tickets for each offense. The officer was of the view that Mr. Ghadban was driving a motor vehicle, the Traffic Court agreed, and he was convicted.

The Motor Vehicle Act defines both motor assisted cycle and motor vehicle in Section 1 of the Act as follows:

(a) to which pedals or hand cranks are attached that will allow for the cycle to be propelled by human power,

(b) on which a person may ride,

(c) to which is attached a motor of a prescribed type that has an output not exceeding the prescribed output, and

“motor vehicle” means a vehicle, not run on rails, that is designed to be self-propelled or propelled by electric power obtained from overhead trolley wires but does not include mobile equipment or a motor assisted cycle;

The Act provides for the regulations:

(a) the criteria that must be met by a device in order for it to qualify as a motor assisted cycle for the purposes of this Act,

3(1) A motor assisted cycle must be equipped with a mechanism, separate from the accelerator controller, that

(a) allows the driver to turn the motors on and off from a normal seated position while operating the motor assisted cycle, or

(b) prevents the motors from turning on or engaging before the motor assisted cycle attains a speed of 3 km/hr.

(a) the operator stops pedaling,

(b) an accelerator controller is released, or

The Court considered that the intended use of a motor assisted cycle within the regulation to be primarily person-powered, with an electric motor to assist. In this case, Mr. Ghadban’s scooter weighed over 250lbs, he had never pedaled it, did not intend to, and in fact, the manufacturer specifications stated that one could not pedal and simultaneously use the motor.

Based on that definition, they found that the motor could not “assist” the person pedaling, and as such, would not fall under the motor assisted cycle exception.

The Court wrote in summary:

[49]      The regulation includes a provision in s. 3(2)(a) that specifically requires that the motor stop or disengage when the rider stops pedaling. In my view, that is telling. The drafter clearly contemplated a device that allowed the motor to be engaged while the rider was pedaling. That interpretation is consonant with the use of the term “motor assisted cycle”. As I see it, a device cannot be a motor assisted cycle unless it is designed so that the motor is capable of being used to supplement human propulsion.

[51]      Mr. Ghadban’s scooter is not a “motor assisted cycle” for two reasons. The first is that, as the judicial justice and the summary conviction appeal judge held, the scooter is too heavy to be practical as a human-powered device. It is designed to be used as a motor-scooter, not a pedal-powered cycle. That does not comply with the clear intention of the legislation.

[52]     Second, the evidence shows that the motor cannot operate at any time when the rider is pedaling. The motor is only an alternative to human-powered cycling, not assistance to it.

[53]      Again, I do not suggest that a motor assisted cycle must be incapable of being operated when the rider is not pedaling. I say only that the design must contemplate human power being a primary means of propulsion, and must allow for a person to pedal at the same time as the motor is providing assistance.

This decision is important as it serves as a buyer, or rider, beware. If your e-bike or scooter does not meet the criteria for motor assisted cycles, you may be required to obtain vehicle insurance for your device, and hold a valid driver’s license, or face penalties.

Britni Troy is an Associate in our Personal Injury Group. She practices exclusively in the area of personal injury law, advocating for injured people and helping them obtain fair compensation.